40 years as a JGA employee 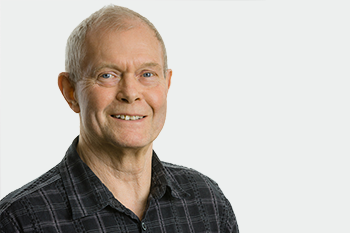 When Jan-Åke Pettersson was 14, he started his career at JGA as the all-in-allo. A career that came to be an entire working life! Here, Jan-Åke tells how the sawing business has developed over the years and how his career at the company has looked.

How did your long career start at JGA?

I started working as an all-in-allo in the office already as a 14-year-old and worked a little on the school holidays for a few years. In 1972 I was employed full time and worked in the garden with measuring and stamping timber. Until about -79 I worked at most stations on the job, I worked evening shifts in the saw and were in both planing and adjusting. It was instructive to see the whole process from the timber entering the finished wood.

How was it to work at sawmills 40 years ago?

In the past there was a saw bench that was managed by 2 people. A few years later there were about 15-20 people in the saw and a little more machines. Then maybe we cut about 40,000 cubic meters a year. At that time it was felled with a chainsaw in the fall / winter and the timber came to the saw forward in the spring.

Now it takes just under a month from the forest to be harvested until it is sawn and clear! The saw volume has really increased and is up to about 200,000 cubic meters / year. Almost everything has been automated and with modern machines, a smaller workforce is required. It has gone from low-tech bodywork to high-tech surveillance work you might say!

Even your career in the company was developed, tell more about it?

I had been for many years at the company, learned the whole process out in the sawmill and had to attend some courses when the salesman finished. Then I got the chance to test on the job as a seller and it obviously suited me, because I stayed there after all! It was fun to meet people and do business - at the 80-90's I went around and met many customers and discussed prices with each one. Today, most timber customers belong to larger groups. Prices and volumes are then settled with a purchasing manager for the Group as a rule.

How did the storm affect Gudrun your business according to you?

It was fortunate that there was an upswing then and construction increased because suddenly we had a lot of raw material to take care of. We increased our production by about 60,000 cubic meters / year! But it is clear that the wood does not feel good for too long so it was a little pressed to produce and sell as much as possible while it was still okay quality.

After 40 years at JGA you went into retirement in early 2017 - how does it feel?

Once I had made the decision, it felt nice, but of course I miss my colleagues from time to time and to feel useful in the way I did at work. But there is to do at home on the farm so I have full up even as a pensioner! The biggest difference is that the phone does not ring down in the quarter!